High Bridge Borough is located on the South Branch of the Raritan River in the north central part of the County. Water from the South Branch was a valuable power source for the first iron works in the United States which was established in the vicinity by William Allen and Joseph Turner of Philadelphia. The New Jersey Central Railroad built a high bridge across the river from which structure the locality ultimately took its name. The Borough was officially formed from the former High Bridge Township in 1898. 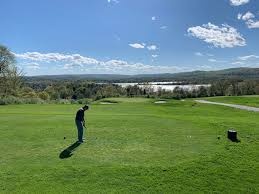